After 1 week the Siege settles on a permanent / regular schedule and will run every Tuesday, Thursday and Saturday.

•  All member of Top 4 guild's can participate in event.

•  Siege map will be open 5 minutes before event begins. so it is a good idea to skip the Boss Rush and go gather at the statue and/or flag.

•  Guild which captured statue will receive 270 points every 1 minutes.

•  You will receive 1 point for killing enemy guild players. With maximum amount of 300 points for the guild.

•  The first guild to accumulate 4500 points will be proclaimed the winner and siege will end.

•  To end the siege before 21:30 a leader must hold statue for 17 mins even when there is no opposition .

•  If no leader from your guild entered in siege and no opposition guild come and you wait until end of time limit , then that guild will still win the siege  even with no points . as they are the only guild in attendance .

•  The leader is the only one who can claim the statue, they lose it if they die.

•  All 4 guilds will receive very nice rewards, but the winning guild will get the most reward

all members in the guild that won siege will also be able to collect additional rewards after Siege:

Before Siege runs on your server the Siege screen will be empty like shown below: 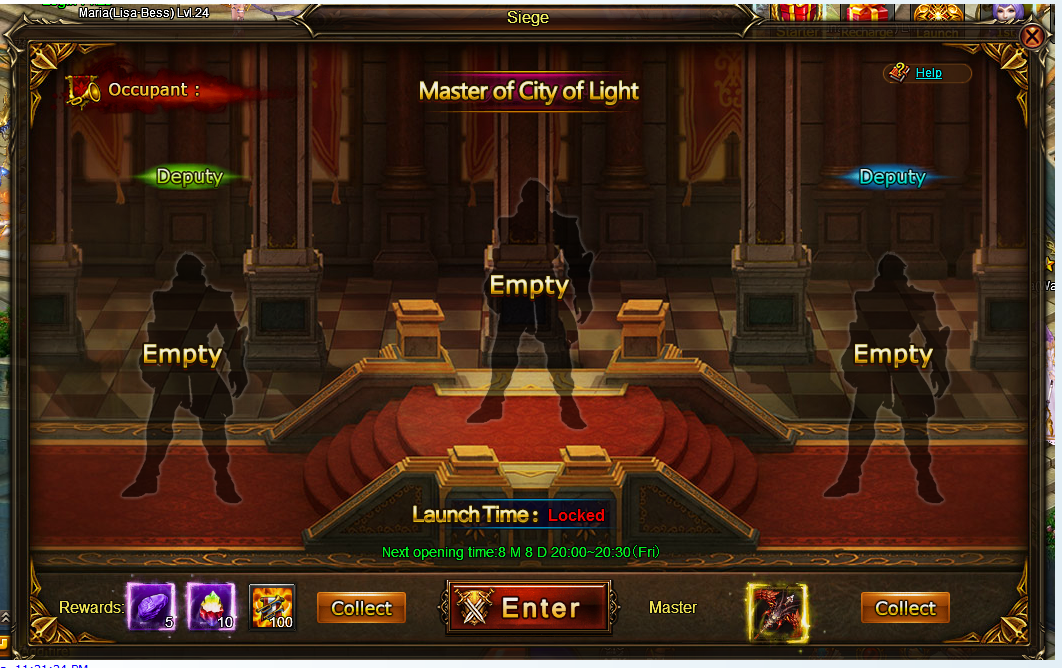 But once there is a victor then you will see the Master of City of Light and his or her Deputies: 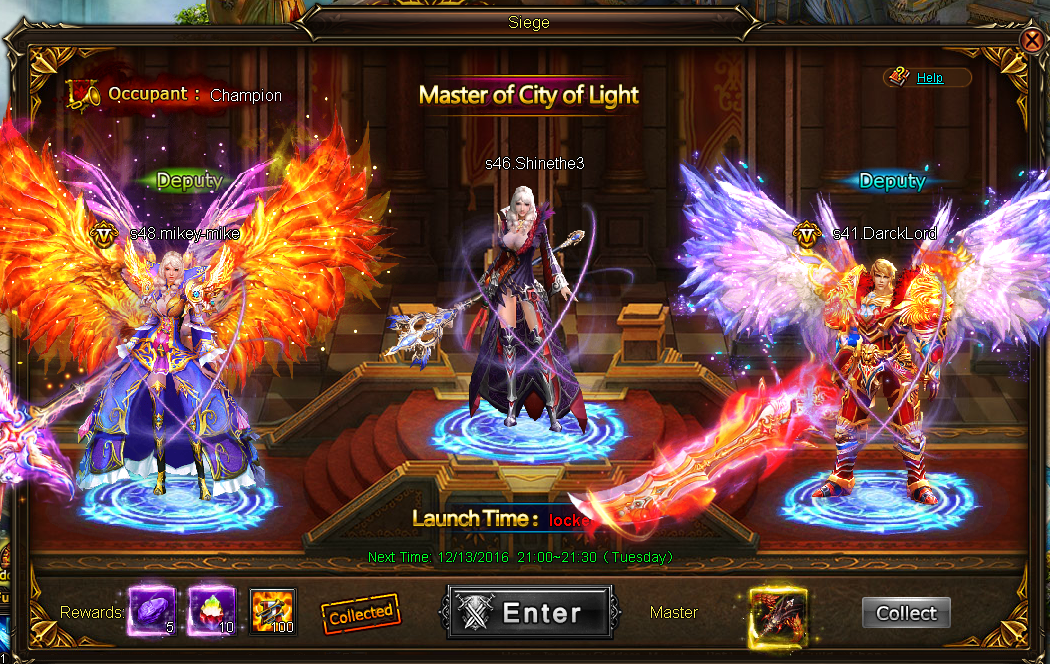 The Master will get the Sword of God, but remember that anyone can attack him or her (for example in the Cursed Palace or boss rush room) and take away the weapon. 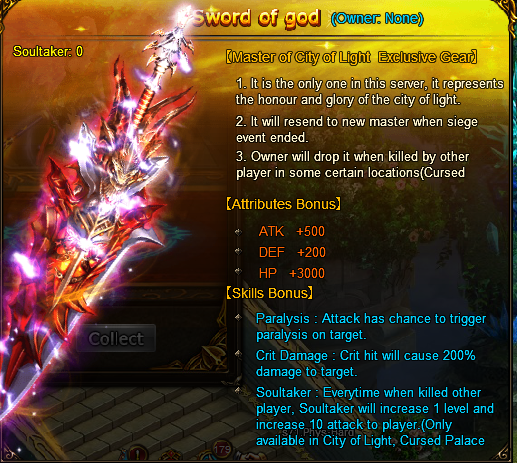 Note: Siege weapon can be stolen by other player in PVP zones.

No Rewards for less than 5 minutes :

It is important to keep in mind that you don’t get Siege rewards if you participate less than 5 minutes! This is also stated on the “no-rewards” line in the popup. Sometimes people forget it, sometimes they are just late or too busy doing the Boss Rush or something else and usually there is always someone who misses the very nice rewards from the Siege. So be careful about this rule so that you make sure to get your rewards!

The perfect job you did, this site is really cool and has great information. บาคาร่า

I am very happy to read this web post, which contains a lot of valuable data, thank you for providing these statistics. เล่นบาคาร่า ให้ได้เงินทุกวัน

Hi, I really want to subscribe and read your blog posts. เว็บเล่นบาคาร่า

I'm looking for and want to comment "The main points of your post are great" Good job! พนันบาคาร่า

In view of some high-quality work and enlightening considerations, I was truly inspired after reading this article. บาคาร่าพนันออนไลน์

Again, great for posting the information that many of us are looking for. เกมบาคาร่า

I think this is a useful post, it is very useful and competent. บาคาร่ามือถือ

We are truly appreciative for your blog entry. Extraordinary work. บาคาร่าออนไลน์ มือถือ

It's really a great and helpful piece of information. I am happy that you shared this helpful info with us. บาคาร่าฝากถอนไว

I am very satisfied with what you mentioned. I want to thank you for this great article. สมัครบาคาร่า

I often read your blog, I just think I'll say keep up the great work. โปรโมชั่นบาคาร่า

We care for our customers very much, therefore, work on every aspect of taxi service to make your journey as pleasant as possible, we have a commitment to looking after our clients who have been instrumental in making us London renowned in the chauffeuring industry today.