Here's What to Expect From Animal Crossing: New Horizons This Fall

It seems like only three months ago that we were driving down to the beach in Animal Crossing: New Horizons in search of our first blue summer shells, but as Isabelle pointed out to me this morning, August is almost over and September is approaching. In the Northern Hemisphere, this means that we are getting ready for Fall, when the leaves begin to change color and the pine cones begin to appear on the trees. Here's a look at some of the new features coming to the game. 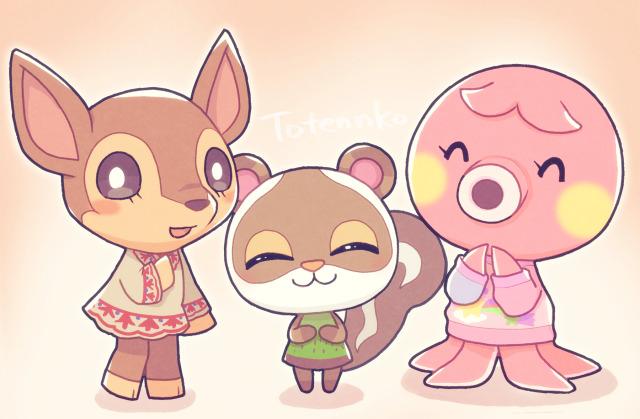 For starters, we'll see a shift in color palette: while most of the country is still experiencing summer conditions, weeds and trees will begin to transition to a warmer, autumnal palette as the leaves deepen in color. Timmy and Tommy will also help Nook's Cranny transition to the new theme by planting something appropriate for the occasion, and the Tea Olives will begin to bloom. Later on, Maple Leaves and Mushrooms will begin to appear, but for the time being, we'll be focusing on acorns and pinecones to get us into the mood for fall.

We'll also get some new crafting materials to replace those blue shells, including acorns and pinecones, each of which will come with its own animal crossing items, which we'll go over in greater detail when the recipes are released. These, along with a grape harvest backpack, can be found at Nook Shopping to get the party started.

As is customary, we will see a significant increase in the number of Fish, Sea Creatures, and Bugs that appear, and I will continue to work slowly but steadily towards the completion of my museum. Rare river fish, such as the Golden Trout, will be returning in the near future: click here for more information.

There will almost certainly be something else on the way, but we have no idea what it will be. For the past several months, Nintendo has been releasing larger updates every month, such as Fireworks and Dreaming August or swimming in July. It's possible that we won't get a major September update because the ACNH hasn't shown any outward effects of COVID-19 yet, but that could change in the future. Nonetheless, I would anticipate hearing more about some sort of new feature in the near future.

So, keep an eye out for some changes starting tomorrow morning, and stay tuned for more information on a more substantive update in the near future. Then there will be the excitement of catching some of the new bugs that appear to sell AC bells, because I am so close to finishing the wing of the museum where they will be displayed. Please keep in mind that this is only applicable to the Northern Hemisphere; the Southern Hemisphere should still be in the midst of Springtime.